Dementia is one of the most significant healthcare problems globally. It is a collective term for neurodegenerative symptoms that include memory loss, communication and comprehension difficulty, impaired judgment, personality change and difficulty with activities of daily living, caused by loss and injury of neurons. There is progressive deterioration of cognitive ability that affects each individual uniquely and as a consequence there is now research suggesting that there is a move towards a personalised approach in management (Crisp, Taylor, Douglas & Ribeiro 2013; Kitwood 1997). There are also associated non-cognitive symptoms including mood disorders, agitation and aggression that are collectively referred to as “behavioural and psychological symptoms of dementia” by the International Psychogeriatric Association (Finkel et al 1996).

Dementia affects 413,106 people in Australia and it is estimated that by 2056, over one million people will be affected with a cost of $36.8 billion dollars (NATSEM 2016). More than 50 per cent of residents in government-subsidised aged care facilities have dementia. It is the single greatest cause of disability over the age of 65 years, the third leading cause of disability burden overall (Australian Institute of Health and Welfare 2012) and the second leading cause of death (Australian Bureau of Statistics 2015).

The most common type of dementia is Alzheimer’s disease (AD). Alzheimer’s Disease International state that 35.6 million people are affected globally. Dementia can also be associated with other chronic conditions including Parkinson’s disease. There is no cure for dementia and the drugs that are available are not clinically effective. It is both complex and multifactorial. Dr Dale Bredesen from the Buck Institute for Research into Aging has recently classified AD into groups according to their cause, although they are not necessarily mutually exclusive – inflammatory, atrophic, glycotoxic, toxic, vascular and traumatic. This work evolved from previous research where three subtypes were identified (Bredesen DE 2015).

In numerous studies some evidence for other factors such as diet, reduction of toxin load and supplementation have been noted. This has significant implications for the role of lifestyle in both prevention and improving symptoms of this global burden. Aerobic exercise has been shown to be of benefit with much supporting evidence which will be discussed below followed by a consideration of studies that have specifically looked at dance and music, with a review of the underlying neurological mechanisms thought to be involved.

As a General Practitioner with 15 years experience, including treating individuals with dementia, I can appreciate the benefits of the Dance Health Alliance program for this population. From a medical perspective, the program meets the needs of patients with dementia on physical, cognitive, emotional and social levels. 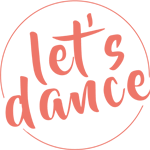